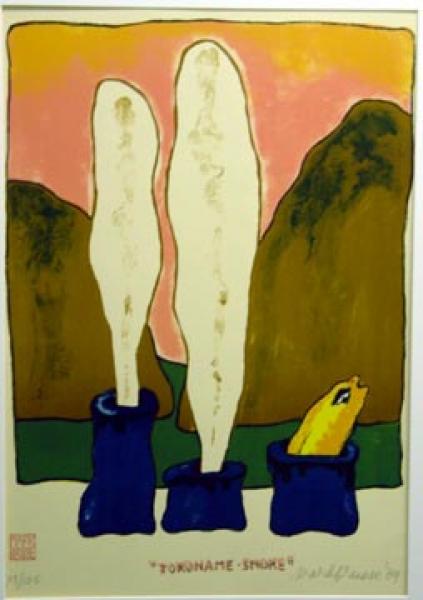 The Cyril Lixenberg Collection of Contemporary Dutch Prints, a gift of the Brooks Family ➔ Tokoname-Smoke

Image of blue pipes, two of which emitting white cloud like shape and the other a yellow object. Grass, mountains and sky appear to be in the back.

Mark Brusse has lived in Paris since 1960. His work is abstract, influenced by the New Surrealists he associated with during his early years in Paris. He has developed, over time, a style that marks itself by the creative use of found objects (clothes, wood, metal scraps, paper scraps, etc.), mainly from the streets of Paris. His work is also greatly influenced by Asian art and script, among other elements of this culture.