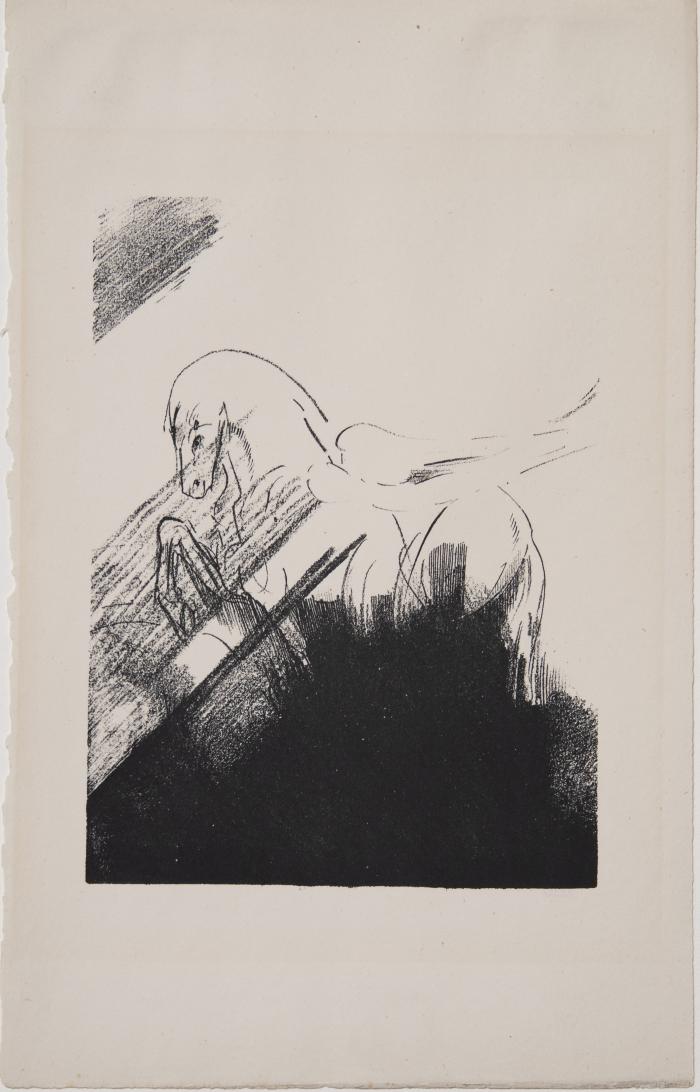 Black and white rough sketch of a Pegasus. Background: top half white, bottom half black.

Redon started drawing as a young child, and at the age of ten he was awarded a drawing prize at school. In 1870 Redon joined the French Army to serve in the Franco-Prussian War. After the war, he moved to Paris, where he worked almost exclusively in charcoal and lithography. In the 1890s, pastel and oils became his favored media, and he no longer produced noir works after 1900. In 1903 Redon was inducted into the French National Order of the Legion of Honour.