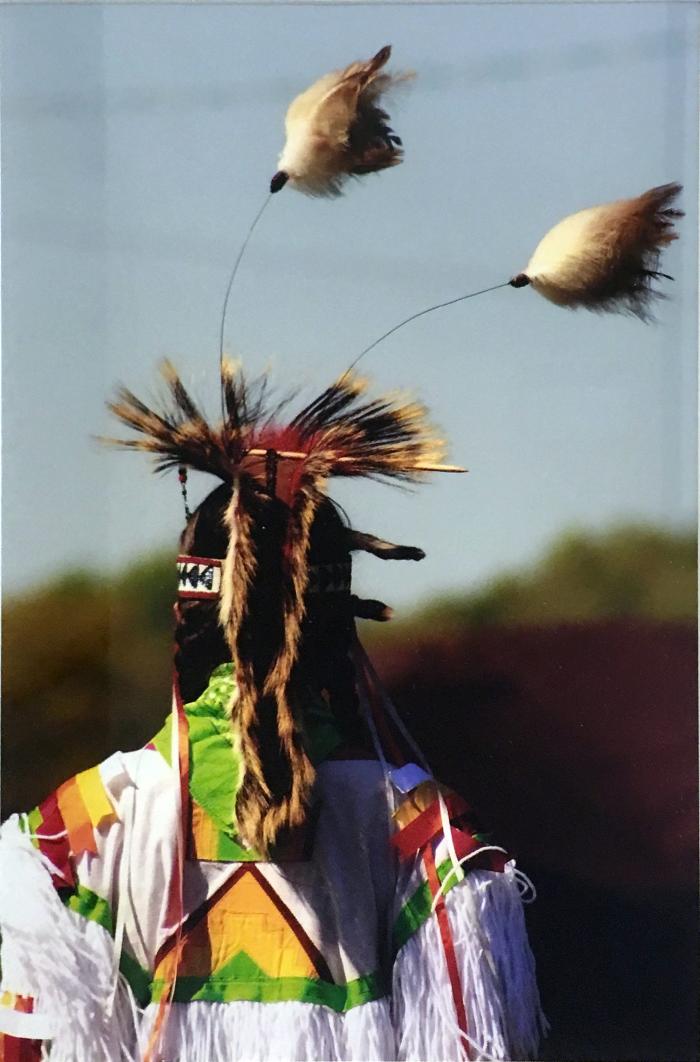 Photograph of a male traditional dancer at the Walpole, Ontario Pow Wow with sky as backdrop against his head dress