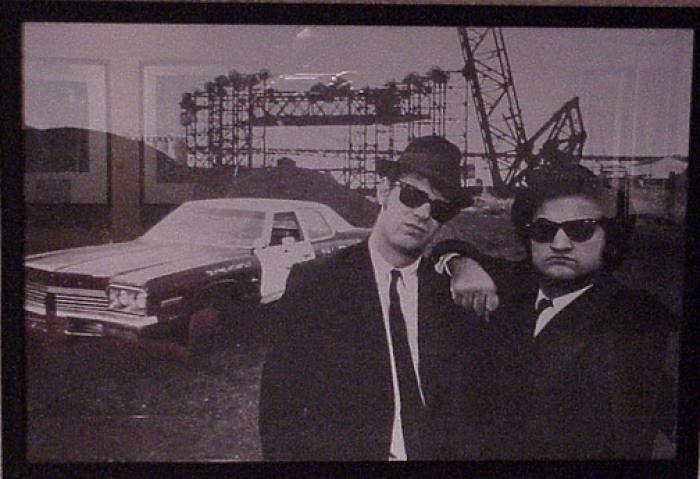 Two men (the Blues Brothers) in black suits and sunglasses in front of a police car. There are large stage light grids in the background. The arm of a crane can be seen as well.

The Blues Brothers is a 1980s musical comedy directed by John Landis starring John Belushi and Dan Aykroyd. The characters in the movie were developed from a musical sketch on the NBC comedy show Saturday Night Live. The story is of Jake, a paroled convict, his brother Elwood, and their fight to save the Catholic Orphanage they grew up in from foreclosure by playing the blues. It showcases many cameo appearances by famous artists such as Aretha Franklin, Ray Charles, James Brown, and many others.