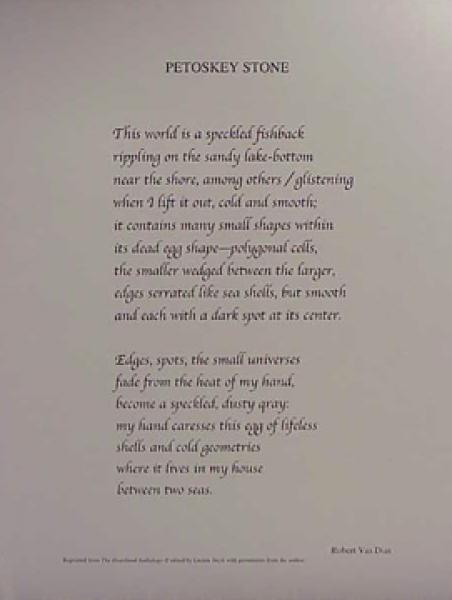 Poem that describes a Petoskey stone.

Robert Vas Dias is the author of eight collections including his most recent volume, "Leaping Down to Earth". Robert's work has appeared in magazines including Choice, The Nation, and The New Yorker. Petoskey stones are often found around the northwestern portion of Michigan's lower peninsula and in 1965, the petoskey stone was made the state stone of Michigan.