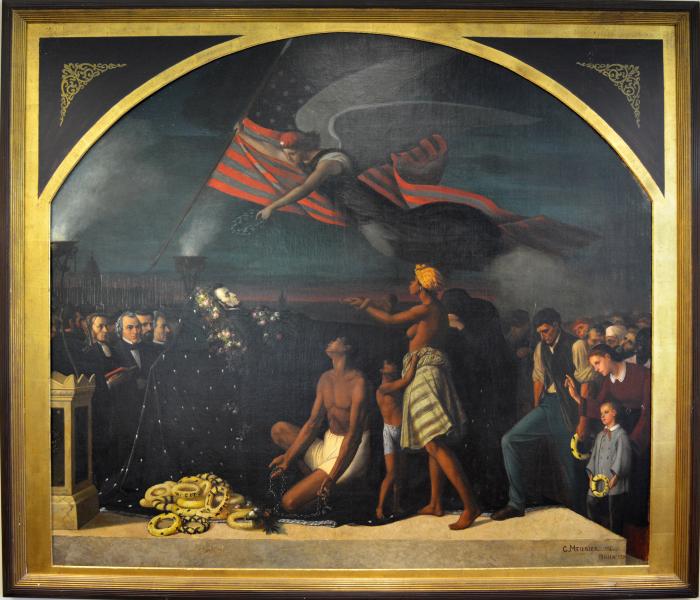 Allegory of the Death of Lincoln

Born in Belgium on April 12, 1831, Constantin Meunier began artistic training as a sculptor at the Académie des Beaux-Arts in Brussels when he was fourteen. In his early twenties, Meunier shifted from sculpture to painting, focusing on a realist style through historical scenes. Throughout the 1850s-70s,he almost exclusively painted religious subjects, but in the 1880s, he began sculpting again and switched subjects to depict city and agricultural life. His later works focus on Belgium's industries of steel and glass production, as well as coal mining, from the perspective of the heroic worker.