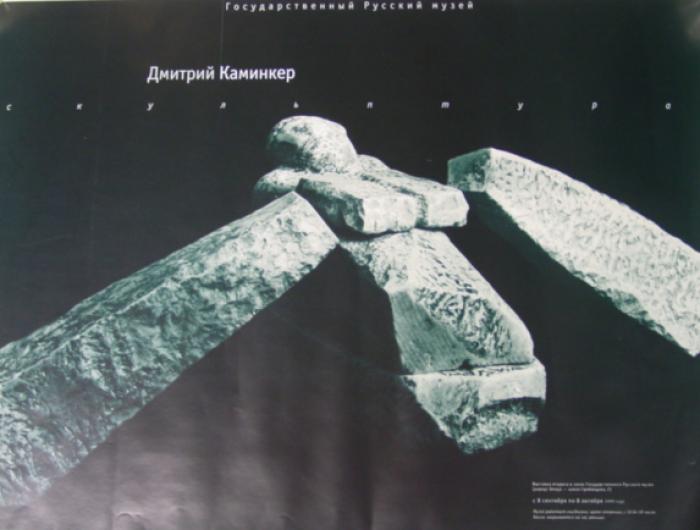 Shows a large stone sculpture resembling a human form against a black background with white lettering.

Dmitry Kaminker was born in 1949 in St. Petersburg, Russia. From 1969 until 1973 he studied at the Mukhina Art College in the Architectural and Decorative Sculpture Department. Dmitry Kaminker is the creative leader of the “Shuvalovo-Ozerki” group of artists and a founding member of the KruKaKo sculptural international alliance. In 2004, he had a solo exhibition at Grand Valley State University.