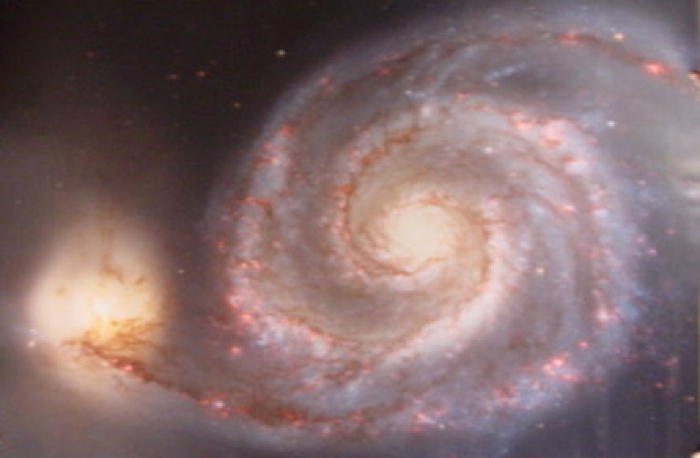 This is a reproduction of the sharpest-ever image, taken in January 2005 by NASA's Hubble Space Telescope. It illustrates a spiral galaxy's design, from its curving spiral arms, full of young stars, to its yellowish central core, full of older stars. The galaxy is nicknamed the Whirlpool because of its swirling structure. New stars are formed inside its two curving arms. Hydrogen gas is compressed and clusters of new stars are formed. The Whirlpool is a relatively nearby galaxy at about 31 million light-years away from the constellation Canes Venatici.