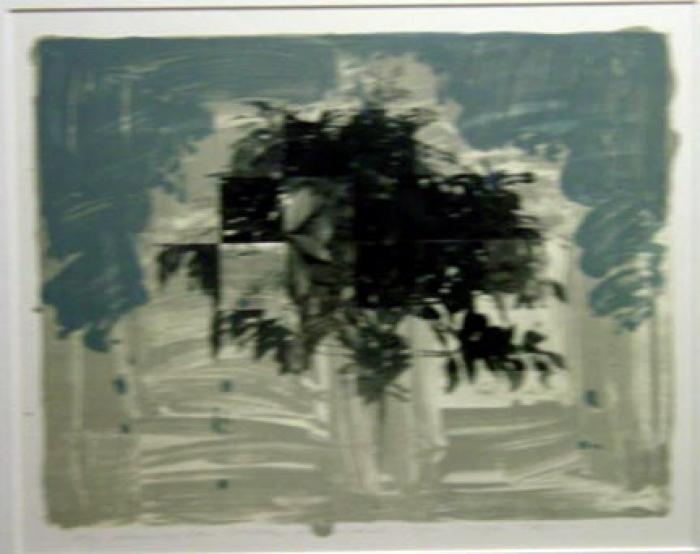 Abstract image of what appears to be a plant. A dark form in the middle, with grey-blue on the top and grey on the bottom.

Joseph Cals was born in Stein, the Netherlands in 1949. The history of this region greatly influenced him as a young man, saying "I could easily picture the early inhabitants hunting and building fires, and I could be fascinated and roam around there for hours on end. Those quiet references to a distant past, the dark and reddish brown spots were what I had to feed my fantasy, and it was more than adequate." In 1967 he was awarded a scholarship to study in America, he arrived amidst the craze of the Vietnam War, two devastating political murders, and the explosion of new pop and op-art movements. "All these impressions fused. It became the reservoir out of which I work".