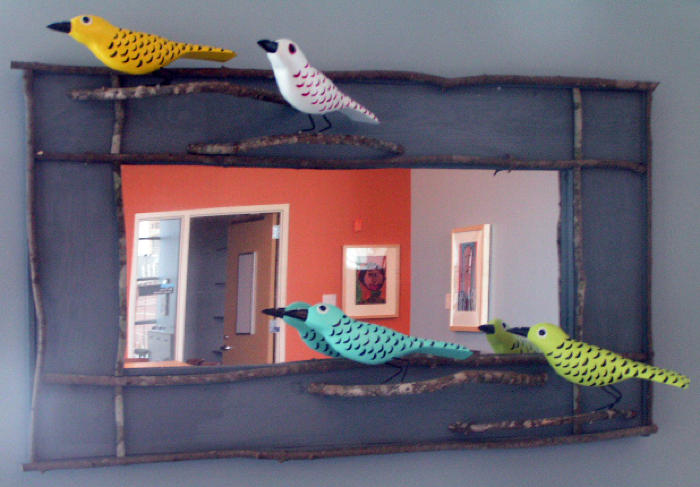 Rectangular blue frame with a mirror in the middle. Large birds sit on sticks on the frame. Birds have black beaks and one in each yellow, blue, white and green.

Lonnie, born in 1949, and Twyla, born in 1952, were both raised along the Jackson/Laurel county line in Eastern Kentucky, where they are now cattle farmers.In the early 1980s, Lonnie did piece-work for the crafts-marketing program at Berea College, cutting and carving out basic animal forms for other craftsmen to finish.Around 1990, Twyla began working with Lonnie and expanded their output by taking over most of the painting responsibilities in creating the whimsical and finely crafted, carved and painted animals for which they have become well-known.