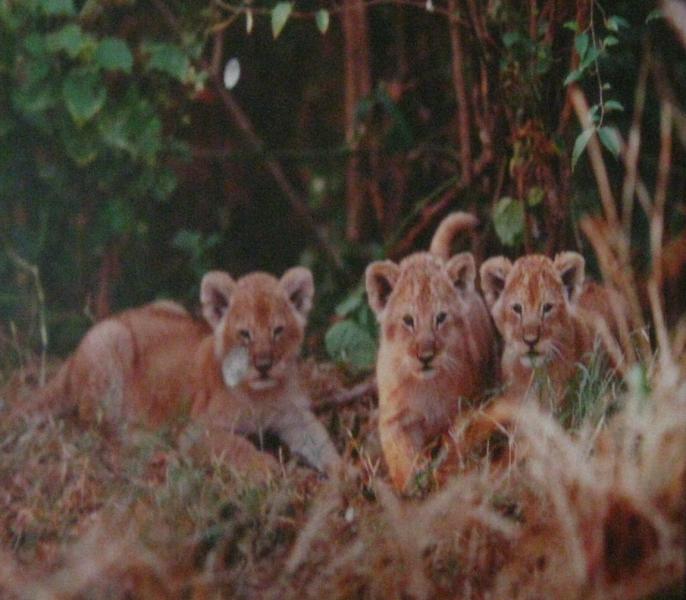 Three lion cubs lying in the grass, facing the viewer.