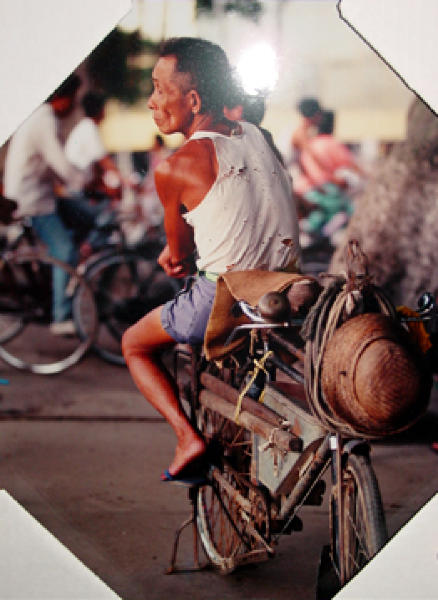 Watching The World Go By

man sitting on bike, watching the world go by