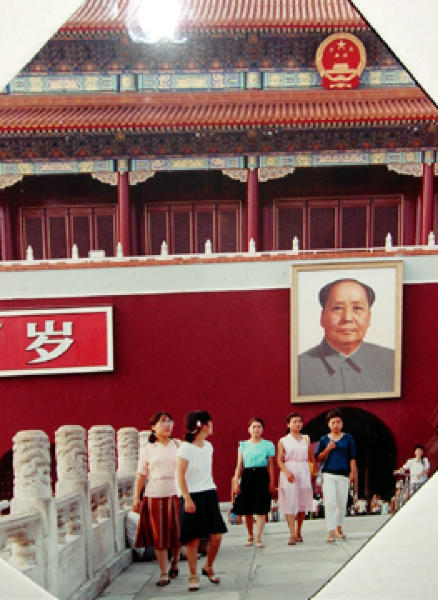 Looking Back at Mao

Five girls in front of a large, primarily red building. One girl is looking back to a large portrait of Mao.