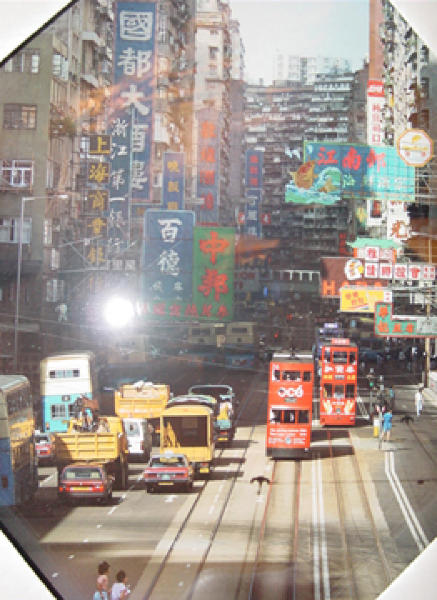 Downtown street view with many tall buildings, public transports and signs in a city in Asia.