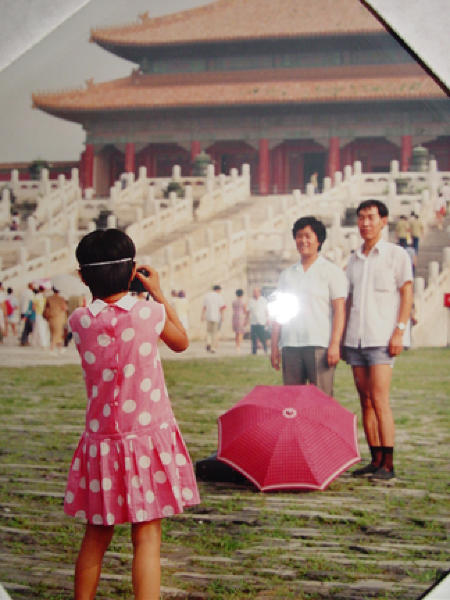 Girl in a pink and white poke-a-dot dress taking a picture of two boys in white. In front of the boys there is a pink umbrella. The background is of the Forbidden City.