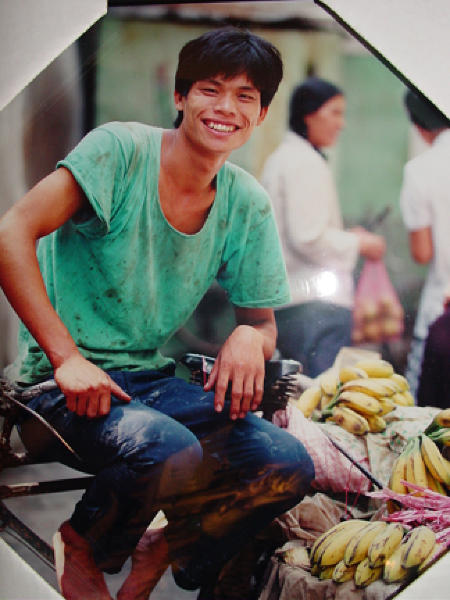 Smiling man next to some bananas. The man is wearing a green shirt and blue jeans. The bananas are to his left.