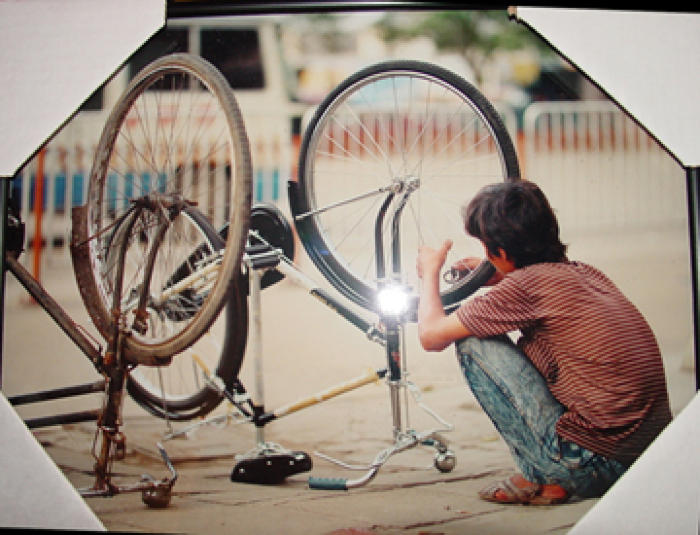 Photograph of a man fixing bikes. The bike nearest the man is dark blue/black while the bike to the left is deep red. Both bikes are flipped upside down.