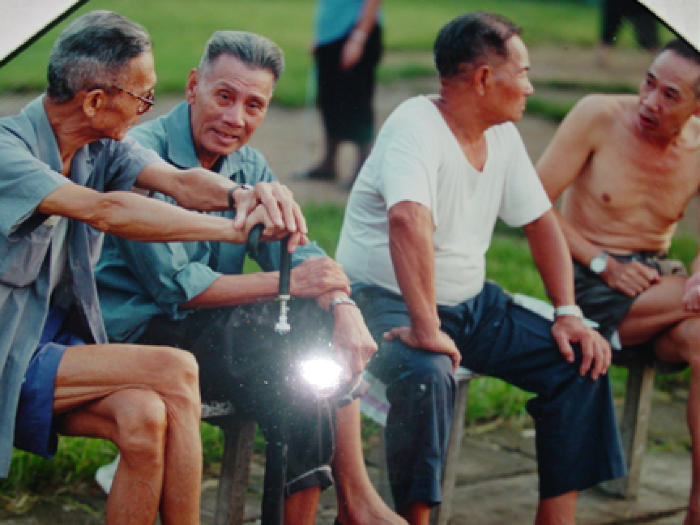 Four men sitting and talking. Two men on the left wear blue shirts, the third from the left wears a white t-shirt while the furthest is topless.