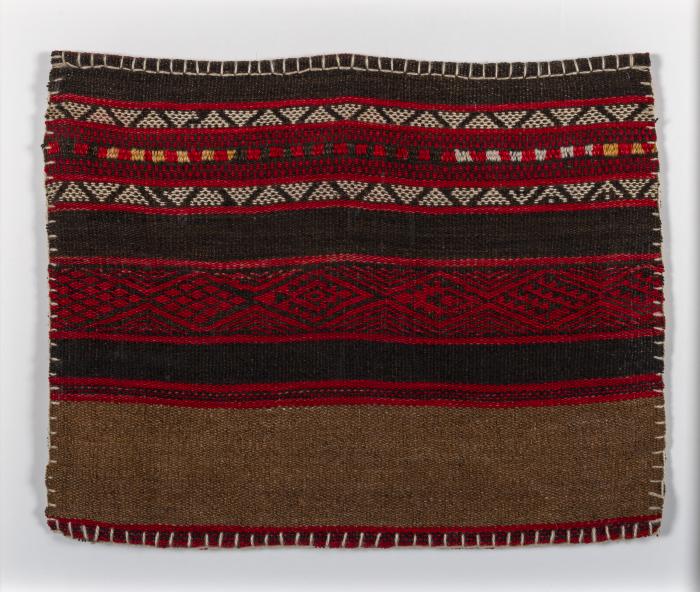 Rug fragment, woven with various diamond pattern in brown, black and red. There is off-white stiching around all 4 edges.

The Bedouin, from the Arabic "badaw," are predominantly Muslim, desert-dwelling Arab nomadic pastoralist found throughout most of the desert belt extending from the Atlantic coast of the Sahara to the Arabian Desert. Their numbers have been decreasing consistently since the late 19th century. Bedouin weaving was a woman’s traditional task and considered a craft central to Bedouin heritage. Woven products included saddle-bags for camels and donkeys as well as rugs and decorative walls within their tents and sheiks in the desert. A range of colors within the weavings, including red, greens, blacks, blues and yellows, are used to create a wide range of stripes and geometric patterns.