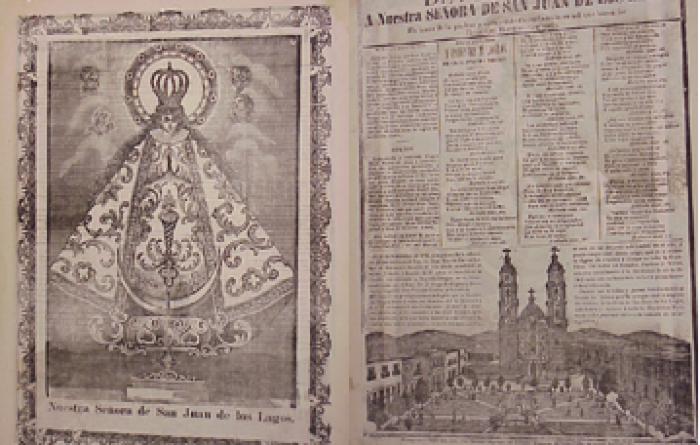 A: image of a woman in elaborate cloak. B: image of cathedral.