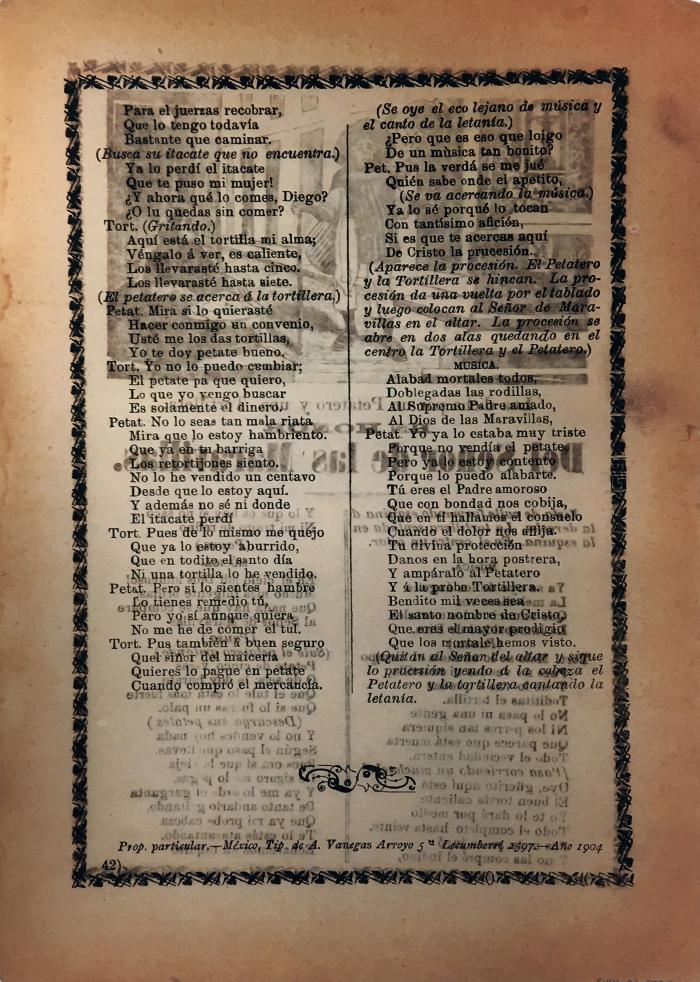 Back side. Man with a large, flat object rolled into a column strapped to his back.