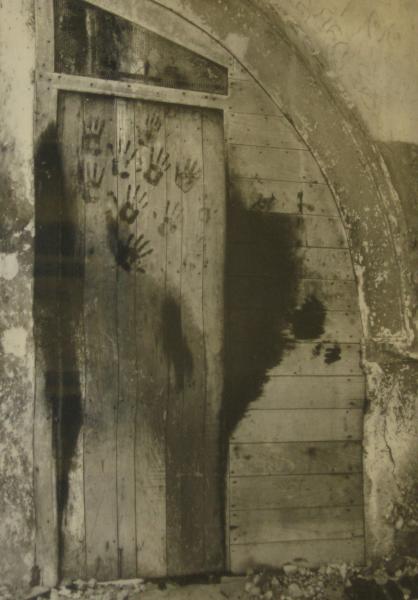 Black and white photograph of a wooden door with black handprints on it, under a half archway.