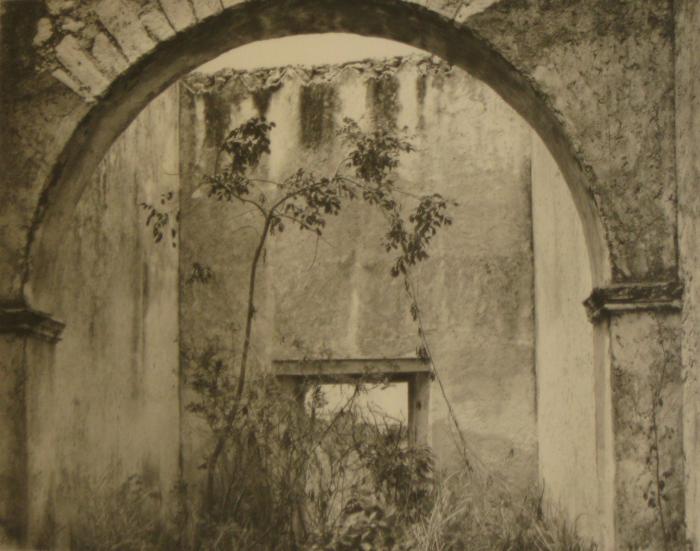 Black and white photograph view of the inside of an overgrown building through an archway.