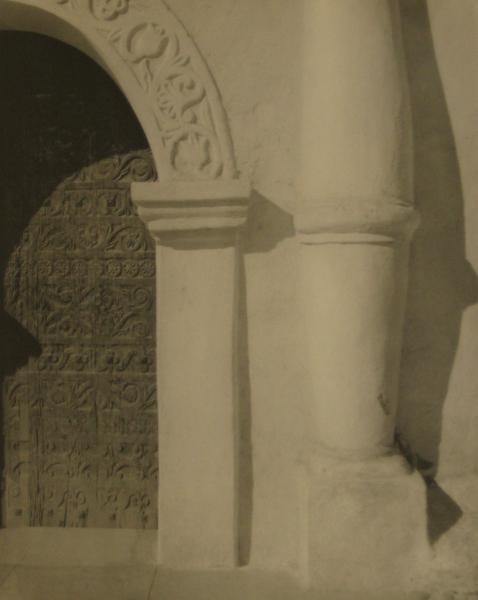 Photograph of the right half of a large doorway and a large pillar to the right of the doorway.