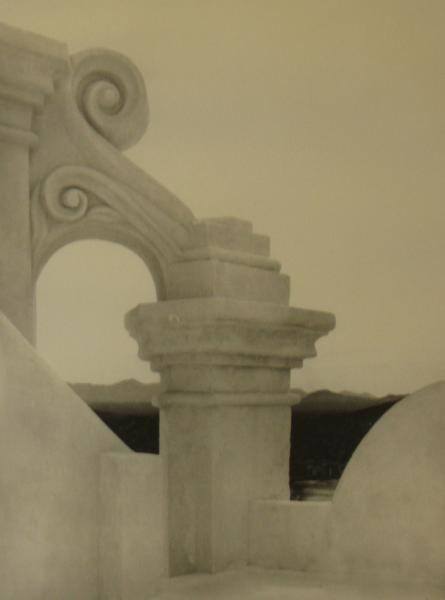 Photograph of a large ornate column attached to the wall with a swirl of masonry.