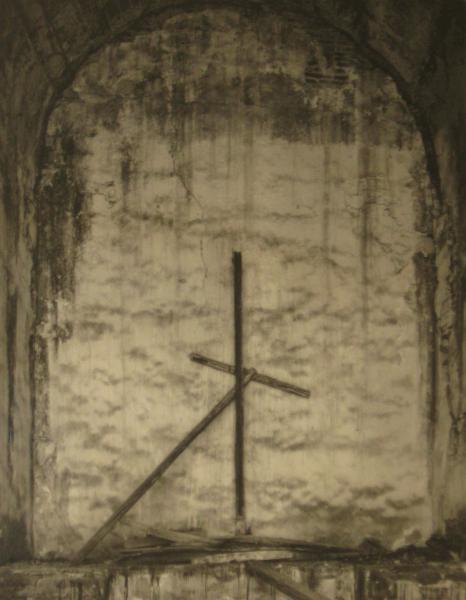 Photograph of what looks like an archway with a cross being held up by an additional board on back wall.