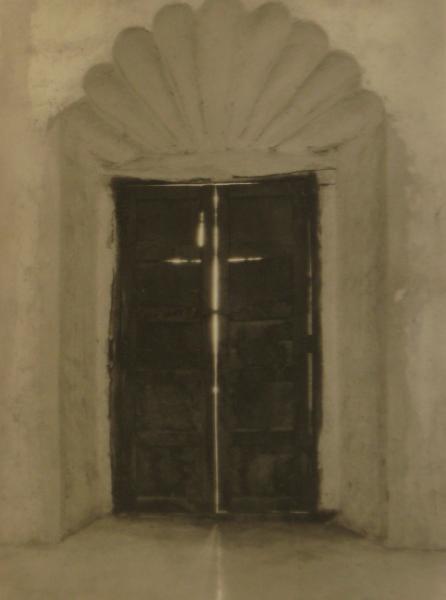 Photograph of old doorway with a shell shaped archway above. Light shining through the crack in doorway in shape of a cross.