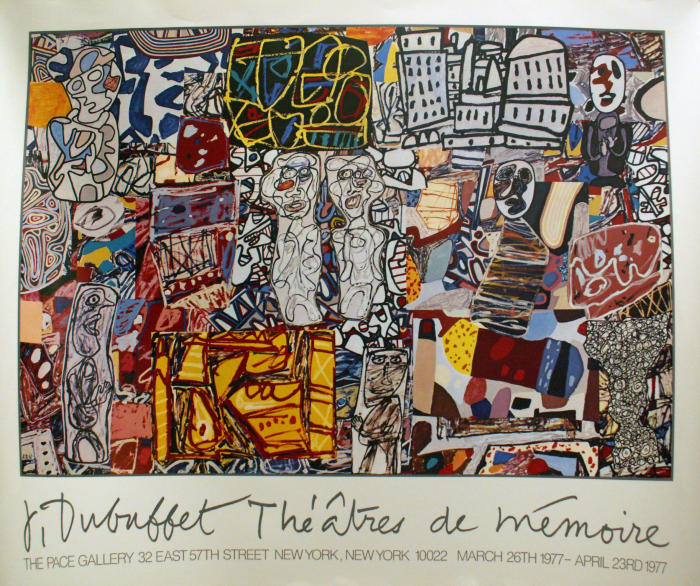 Jean Philippe Arthur Dubuffet was one of the most famous French painters and sculptors of the second half of the 20th century. Born in Le Havre, France, he moved to Paris in 1918 to study painting at the Academie Julian, but after six months left to study independently. After a short break in order to take over his father's wine business, he took up painting again in the 1930s, creating a large series of portraits in which he emphasized the vogues in art history. His art transformed into a messy, sadistic, yet strikingly pleasing representation of human life. He eventually coined the term "Art Brut" (meaning "raw art," oftentimes referred to as outsider art) to refer to art produced by non-professionals working outside aesthetic norms, such as art by psychiatric patients, prisoners, and children; and under which he labeled himself as well.