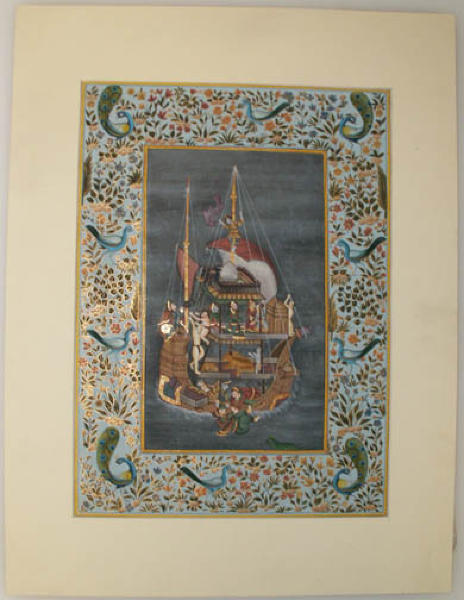 This painting is done in the Mughal miniature tradition and it depicts Noah's Ark as its seen in the Akbarnama and from its reference in the Qur'an. In the Islamic tradition, the Qur'an is considered the final portion of God's revelation to mankind and accepts certain portions of the Bible, such as the story of Noah. The Akbarnama (Book of Akbar) is a fully illustrated biographical history of Emperor Akbar's reign (1556-1605), written in Persian. It was commissioned by Akbar and written by Abul Fazl.