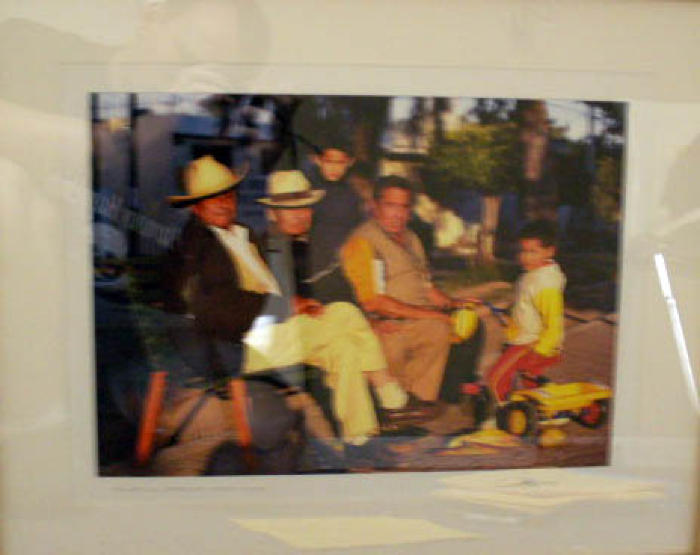 Photograph of three older men sitting on a bench, and two children; one in front on a tricycle, one standing behind.