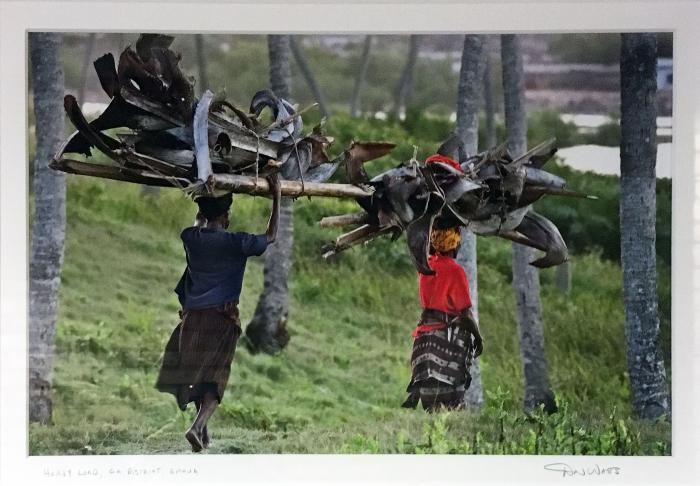 Photograph of people carrying loads of sticks on their heads through wooded area, backs to camera.

Dan Watts has traveled to over 34 countries on corporate, magazine, and personal projects, spending a total of more than three years on the road in the Orient, Europe, Africa, and Latin America. All of these experiences led to his contribution to the new JW Marriott hotel in downtown Grand Rapids where his photography now decorates the walls of all 330 guest rooms in addition to a large one-man gallery. The work shown in the luxury-class hotel are his extensive photo essays of each of the five Grand Rapids' Sister-Cities on four different continents.