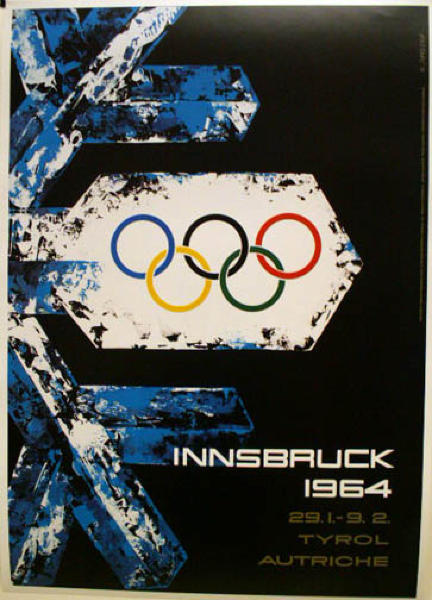 Promotional poster for IX Olympic Games: Black image with large half snowflake to left, Olympic rings on one stem of snowflake. Text at the bottom right.

The 1964 Winter Olympics, officially known as the IX Olympic Winter Games, was a winter multi-sport event which was celebrated in Innsbruck, Austria, from late January to February of 1964.