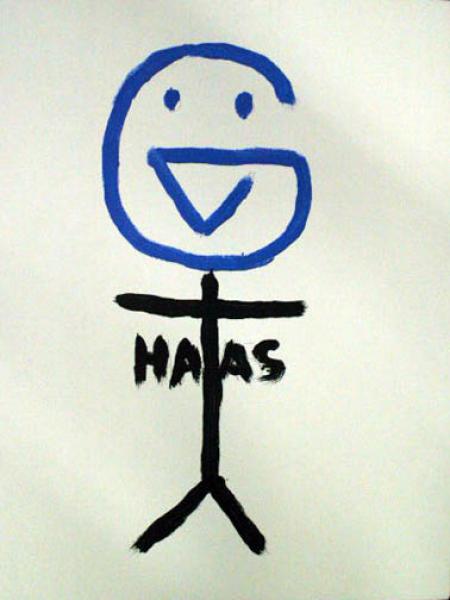 I Am Grand Valley

President Thomas J. Haas is Grand Valley State University's fourth president, appointed in 2006. Before being appointed as university president, he had been a tenured faculty member, department chair, dean, and vice president to the university. In addition to his presidency, he has also been appointed as professor of chemistry in the College of Liberal Arts and Sciences. He graduated from the U.S. Coast Guard Academy with honors in 1973, after which he earned two master's degrees from the University of Michigan, including a Master of Science in both chemistry and environmental health sciences. He also holds an M.S. in human resources management from Rensselaer Polytechnic Institute in Troy, NY, and a Ph.D. in chemistry from the University of Connecticut, Storrs. He is a retired Captain after 23 years of commissioned service for the United States Coast Guard. The "I Am Grand Valley" portrait project was created by students, administrators, faculty, staff, and alumni who volunteered to paint their self portraits. Many had no prior experience and all left their inhibitions at the door to take part of this project and celebrate the diversity within Grand Valley State University.