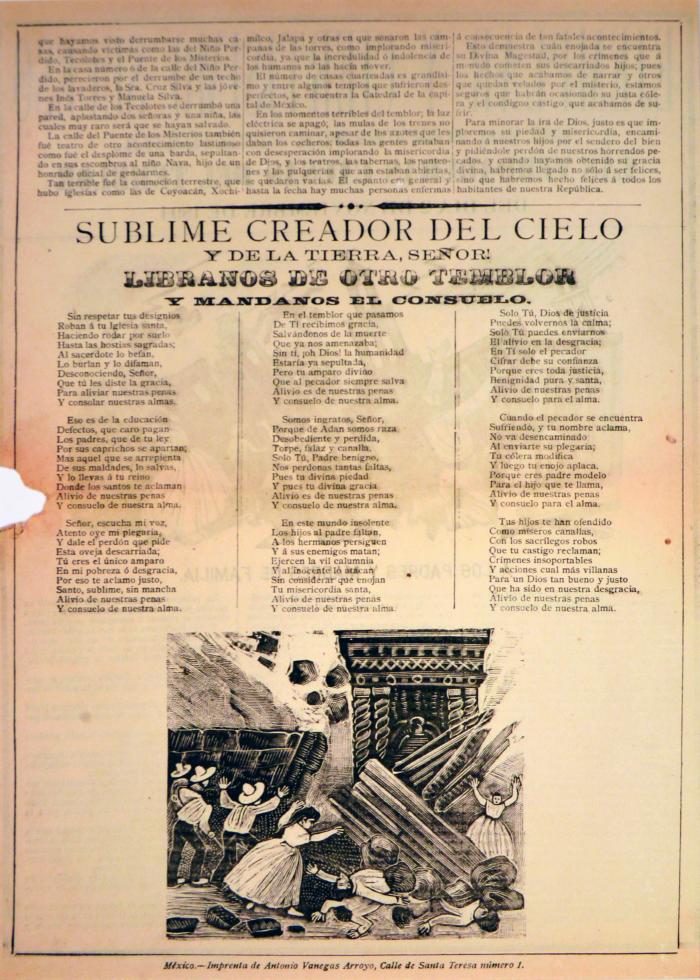 Many people outside with buildings crumbling on top of them.