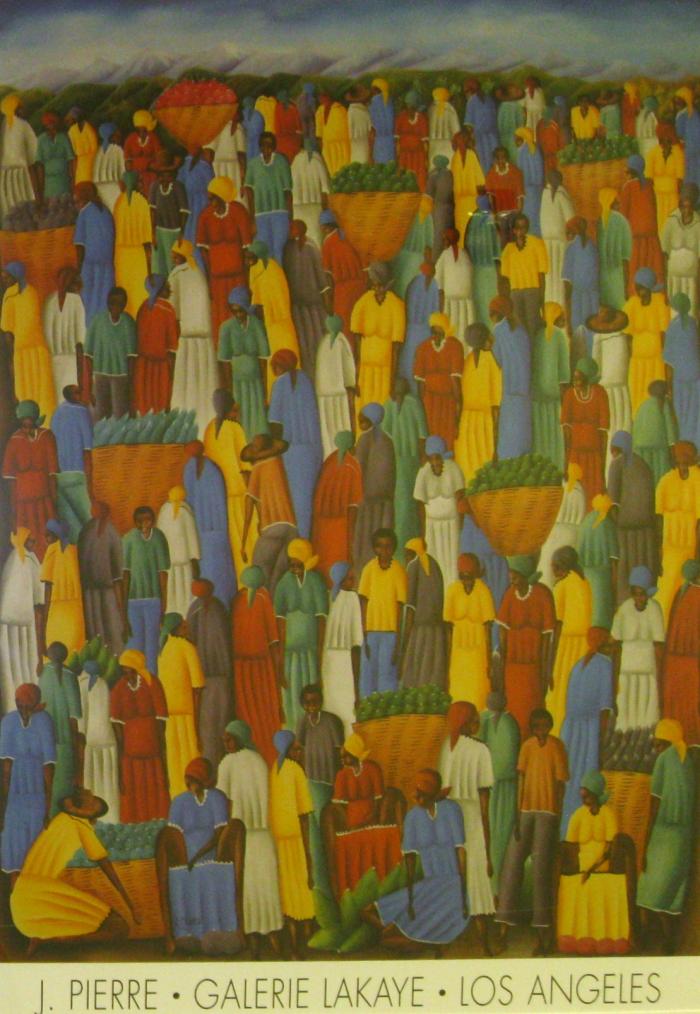 Image of a large crowd of people wearing primary-colored clothes surrounded by large baskets of vegetables and fruits. Mountains along horizon.

For much of its early history, Haitian art was strongly influenced by the customs of French art, even after independence. By the 1820s, more than one art academy in the European style had been founded in Haiti's capital Port-au-Prince, and known Haitian artists included people like Thimoléon Déjoie. Another style of art, much more colorful and self-expressive, was also practiced in Haiti. Sometimes called naïve or outsider art, these works were done by artists not trained in the manner of European art academies. They created their own imagery, using bold colors and lines and exploring subjects like religion and everyday life in a manner far different from academic painting.