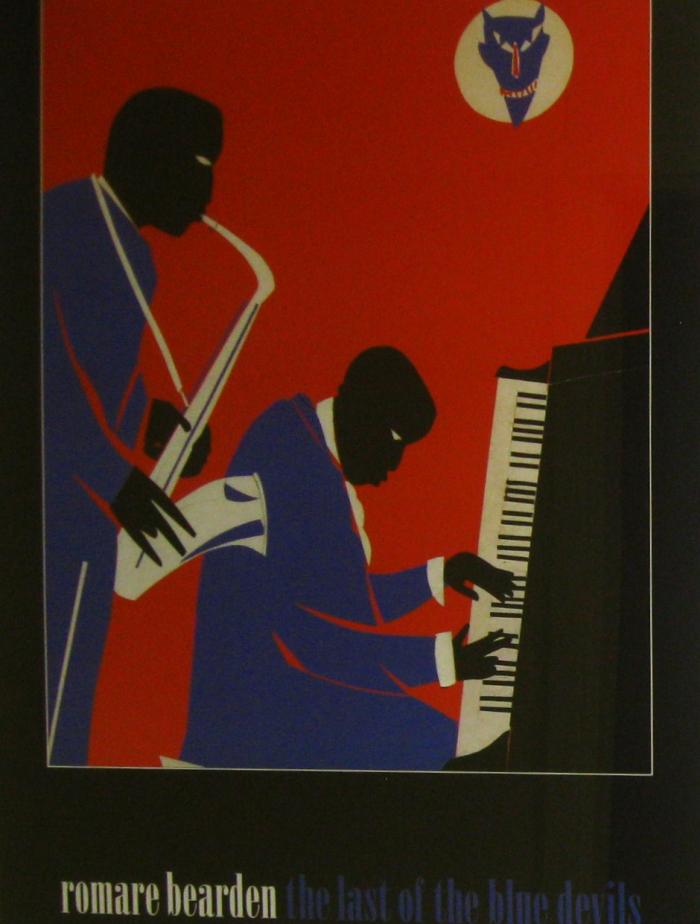 “The Last of the Blue Devils“ by Romare Bearden

Two people wearing blue suits. One is playing a saxophone, the other a piano. Red background with white moon in the upper right corner. A blue devil face is in the moon.

Romare Beardon was an American artist and writer who worked in several medias including cartoons, oils and collage. Early on, his work often depicted scenes from the American South, and his style was strongly influenced by the Mexican muralists. During the 1960s' civil rights movement, his focus shifted again, this time to collage. After helping to found an artist's group in support of civil rights, Beardon's work became more representational and more overtly socially conscious.