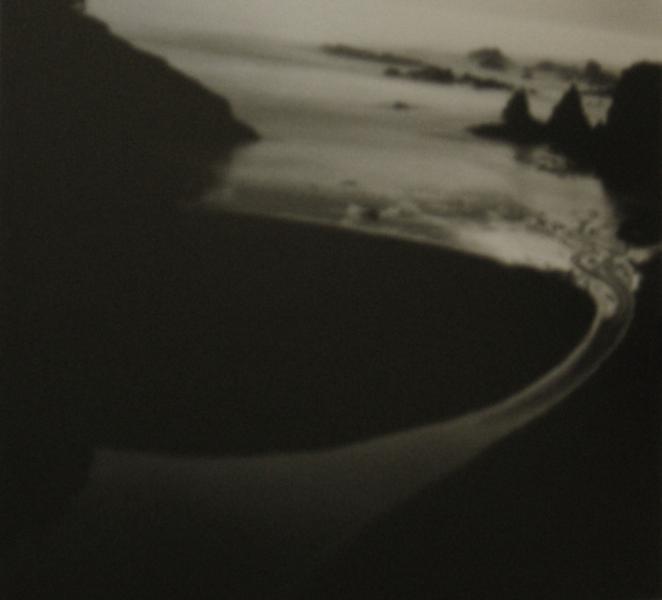 High contrast image of a curving river flowing into a bay with tall rock formations.

David Lubbers received his undergraduate degree from Calvin College, Grand Rapids, Michigan and his Master's degree from Michigan State University, Lansing, Michigan. After his education he worked in the Grand Rapids Public School System for 12 years. In regards to his photography, he has developed a strong interest for natural erosion patterns found in the rock formations and man-made ruins of Santa Fe, New Mexico. His goal was not only to document the evidence of time and weather but also the soul of past peoples. He has also photographed the west coast of Michigan, the Netherlands, France, and Italy while exhibiting both nationally and internationally.