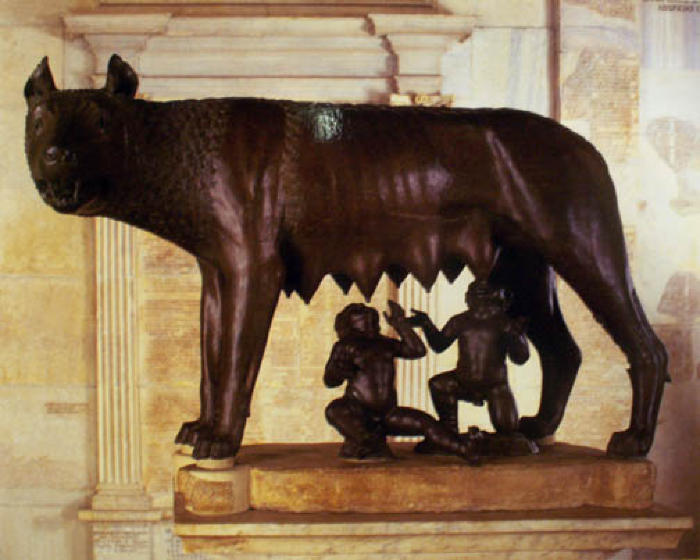 Bronze statue of Romulus and Remus nursing from a wolf. Photographed by A. Panegrossi and P. Cipollina.

The Capitoline Wolf is a bronze sculpture of a she-wolf suckling twin infants representing Romulus and Remus, the fabled founders of ancient Rome. According to the myth, when the grandfather of the twins, Numitor, was overthrown by his brother Amulius, the usurper ordered that the twins be cast into the Tiber River, where they were rescued and cared for by a she-wolf. The Capitoline Wolf has been housed in the Museo Nuovo in the Palazzo dei Conservatori on the Campidoglio (the ancient Capitoline Hill), Rome, Italy since 1471. The age and origin of the Capitoline Wolf is a subject of controversy.