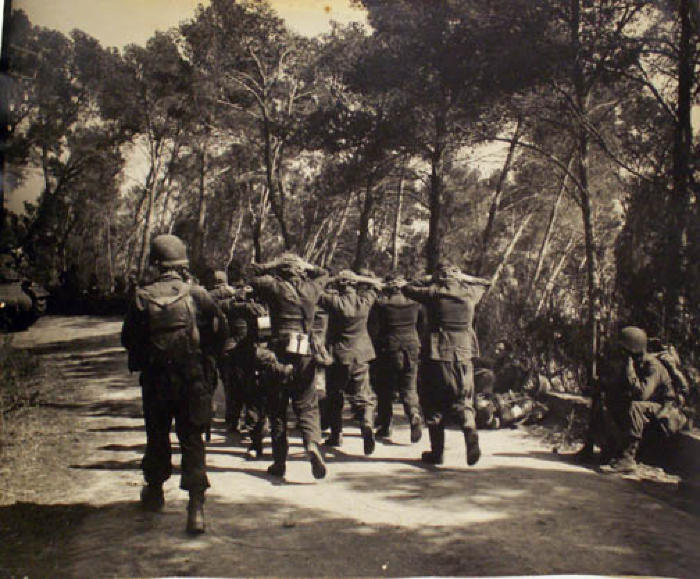 Black and white photo of a platoon of soldiers marching with hats off and hands on the back of their heads. American soldiers around and trees in the background.

The photographs were taken in Europe, either during or immediately after World War II, by Ryndale Rooks, who was an American soldier.