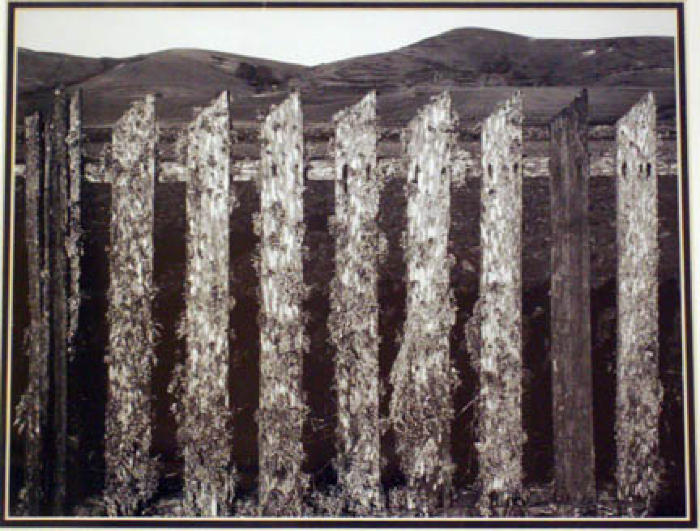 Black and white image of a fence with vines growing on it. The fence pickets are slanted along the top edge to the left. Behind the fence are rolling hills.

Ansel Adams (1902 to 1984) was an American photographer best known for his photographs of the western United States, particularly Yosemite National Park. He invented a multi-zone system of breaking down images for photography that is still widely accepted and practiced. It is an aspect in the resulted intense clarity of his work.