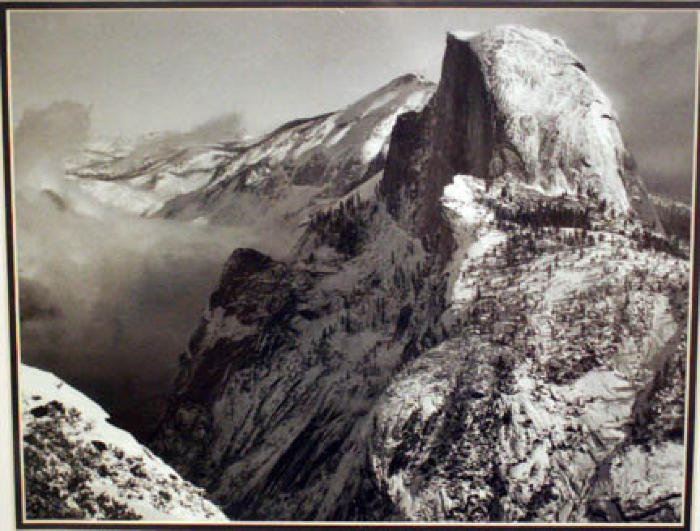 Image of a mountain with snow and trees on it. The snow is blowing off a large peak on the right, causing it to be very cloudy on the left side, near the valley. Image is in black and white.

Ansel Adams (1902 to 1984) was an American photographer best known for his photographs of the western United States, particularly Yosemite National Park. He invented a multi-zone system of breaking down images for photography that is still widely accepted and practiced. It is an aspect in the resulted intense clarity of his work.