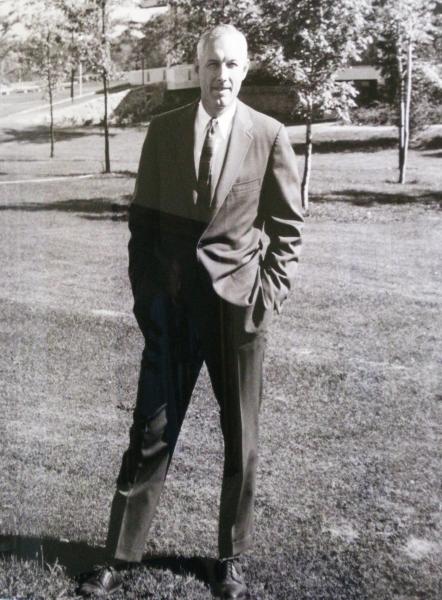 Black and white image of Zumberge standing, in a suit and tie, outside.