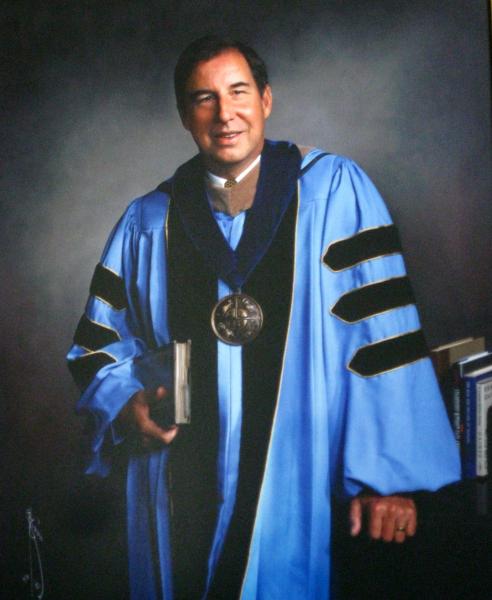 Large color photograph of Mark A. Murray in a blue robe with a medallion, he holds a book in his right hand. The background is a gray blue.

Mark Murray became the third president of Grand Valley on July 1, 2001. Before he came to Grand Valley, he served as treasurer of the State of Michigan. He left Grand Valley in 2006 to become president of Meijer, Inc. Murray Living Center on the Allendale Campus is named after him. Under Murray’s watch, Grand Valley opened the Cook-DeVos Center for Health Sciences, Keller Engineering Labs and Lake Ontario Hall. The university continued to set enrollment records and began an impressive run of dominance in Division II sports. Before arriving at Grand Valley, Murray served as state treasurer and education policy advisor to Gov. John Engler from 1999-2001. Prior to his appointment to that office, the lifelong Michigan resident spent more than 20 years in various state government leadership positions, including state budget director from 1994-98 and deputy budget director from 1991-94, and posts in the departments of Social Services, Commerce, and Management. He also served as vice president for finance and operation at Michigan State University from 1998-99.