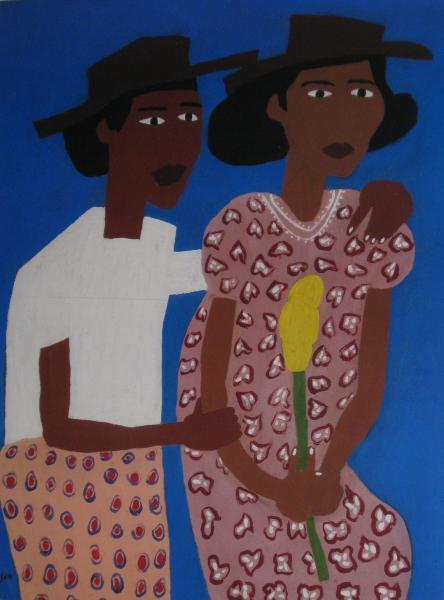 Picture of two people against a blue background. One woman has a yellow flower, the other is wearing a white shirt.

William H. Johnson's artistic career was fraught with hardship. He was a self-taught artist. His first art supplies came from a teacher who saw him practicing how to draw in the dirt. As a teen, Johnson left school to help support his family and later traveled to New York to study art. After working several years to support this goal, he enrolled in the National Academy of Design where he was taken under the wing of artist Charles Hawthorne. After the death of his wife in 1944, the artist fell ill and was eventually hospitalized in 1947, never painting again.