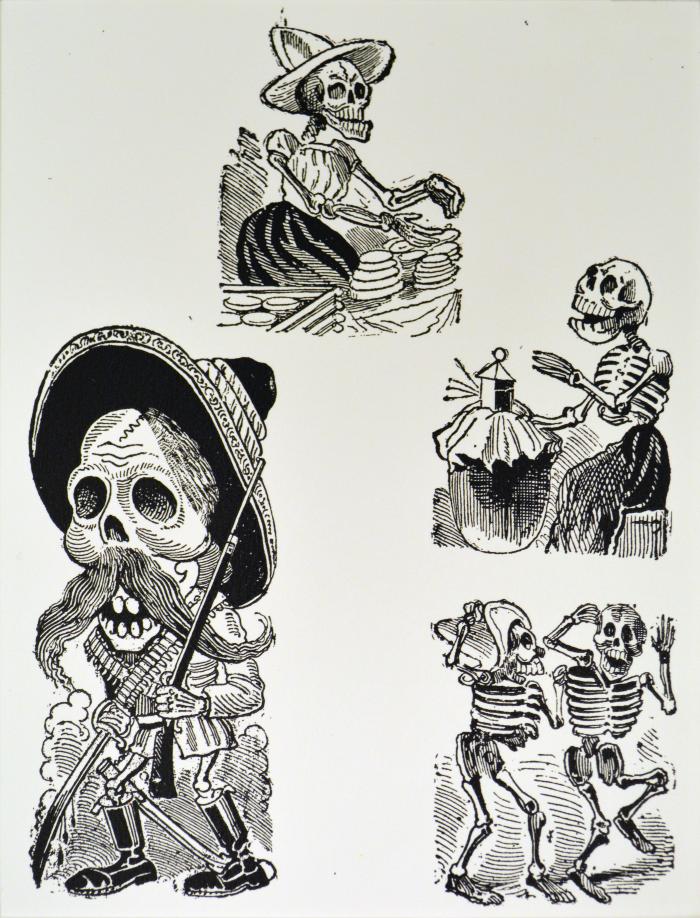 The title, "Vinetas de Calaveras y Calavera Zapatista" means "Vinettes of Skulls and The Zapatista Skull". Zapatista refers to the Zapatista Army of National Liberation led by Emiliano Zapata (who Posada portrayed frequently). There are four images, all in black and white without borders. The top image is of a woman skeleton making piles of corn tortillas. The bottom left image is of a soldier skeleton with strings of bullets around his chest and a gun and sword in his hands. He has a mustache and wears a hat. The top right image is of a woman skeleton sewing a cloth to her left. The bottom right image is of two skeletons looking at each other and have their hands on their heads, one is wearing a hat.

Emiliano Zapata –– He was a military figure, who led a group from Morelos called the Zapatistas. They fought alongside Madero, but when Madero became president he disbanded Zapatistas to be just simple bandits.