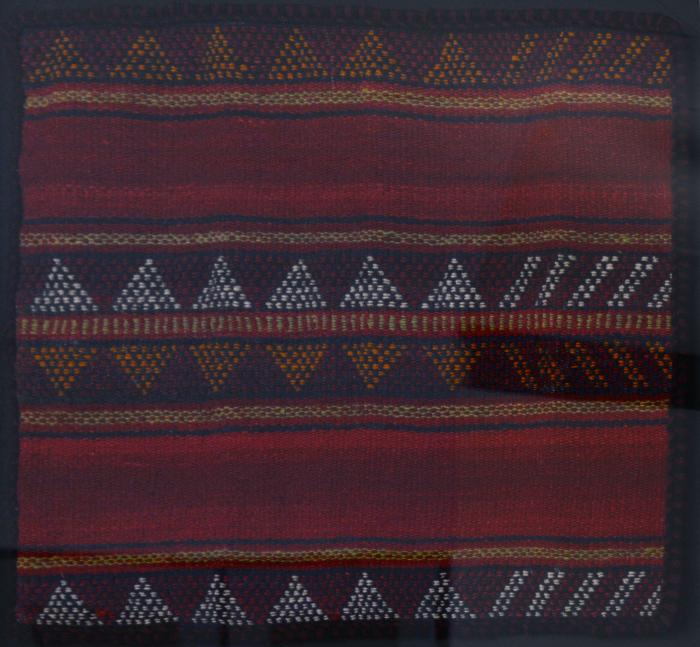 Rectangular pillowcase with horizontal stripes. One thin green and white stripe at the top. Some frayed green fabric.

The Bedouin are a predominantly desert-dwelling Arab ethnic group (previously nomadic, currently mostly settled) found throughout most of the desert belt extending from the Atlantic coast of the Sahara via the Western Desert, Sinai, and Negev to the Arabian Desert. Non-Arab groups as well, notably the Beja of the African coast of the Red Sea, are sometimes called Bedouin.