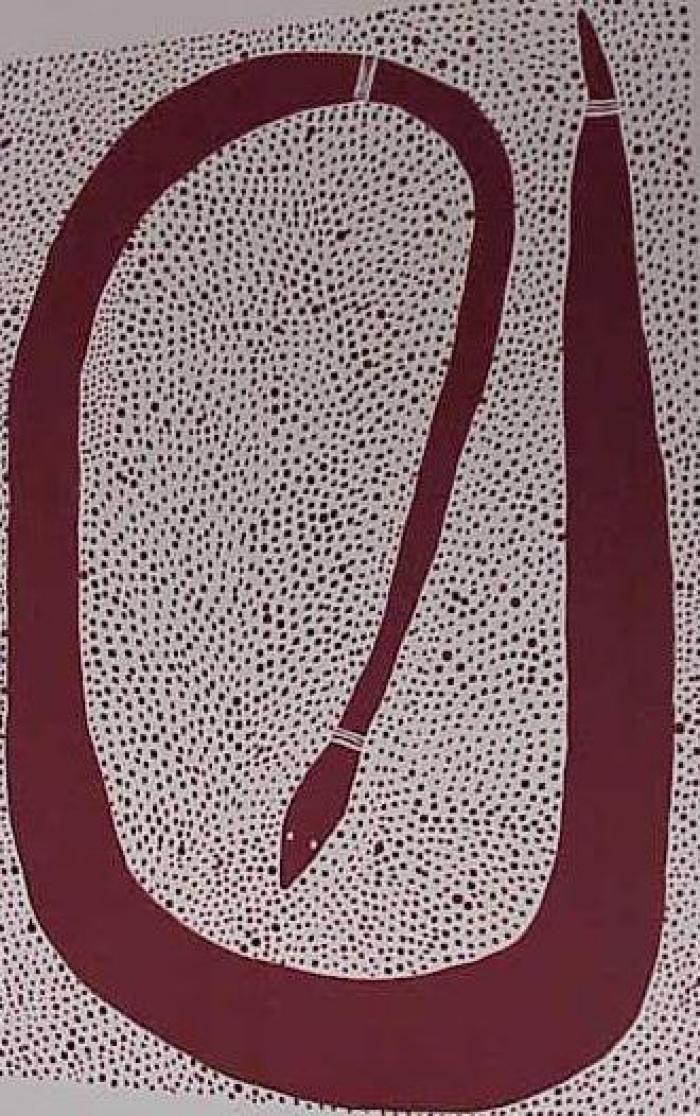 The Wagilag Sisters' story is one of the major creation stories of the Aboriginal peoples of the Arnhem Land Region of Northern Australia: Two Sisters - the older of whom has a child, the younger is pregnant - set up camp at a waterhole called Mirarrmina in Liyagalawumirr country where the younger Sister gives birth. The Sisters are unaware that the waterhole is the sacred home of Wititj, the giant Olive Python, who is angered by their presence. Wititj rises erect in the sky, spitting out water which forms the rain clouds of the first monsoon. The Sisters perform songs and dances to stop the flood of rain, then Wititj descends and swallows the women and children and all their belongings. This ancestral narrative prescribes the laws of marriage, the origins of ceremonies and the coming of the first monsoon.