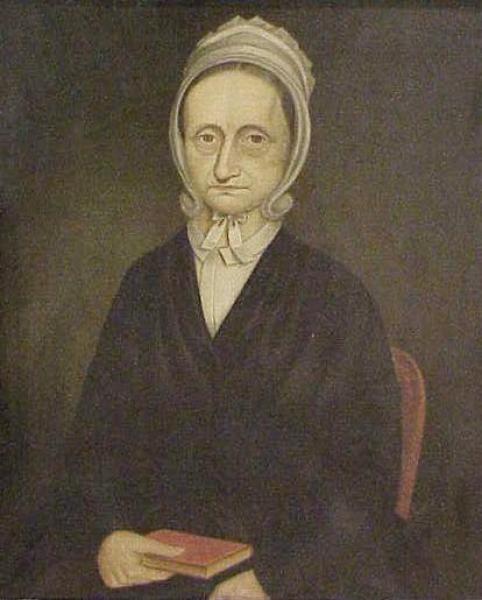 Catherine McKinney Lowe Hopkins (1787-1855) was an early Michigan pioneer who had moved with her husband and children from New York to become one of the first families to settle in Eastmanville, then known as Steel's Landing. Coming with the family was Catherine's sister, Agnes, the widow of Captain Hannibal Allen, son of Revolutionary War hero Ethan Allen. The township of Allendale is named after Captain Hannibal Allen. The Hopkins family were well respected intellectuals who were also influential in the founding of Spring Lake and became civic leaders within the community. This painting of Mrs. Benjamin Hopkins is a perfect example of the folk art style of painting known as American Limner painting. Limners were often artists with little or no formal training. Typically, they traveled from town to town, taking commissions of local landowners and merchants. These native portraits provide a glimpse of early colonial life in America. This wonderful painting was gifted to the University by Mrs. Marian P. Brower and is especially significant in its charm and relevance to honoring the early founders of the Grand River Valley.