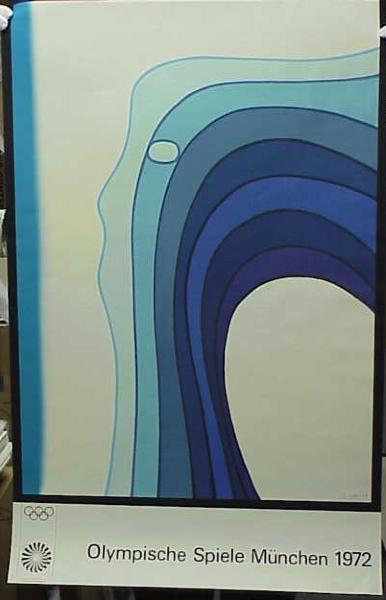 Half rainbow shape in blue spectrum.