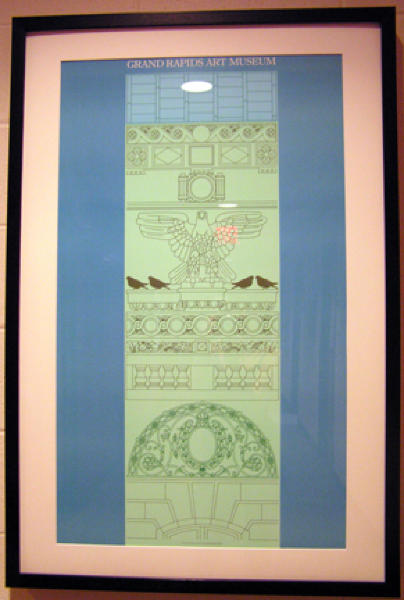 On loan from School of Social Work

Blue and green architectural design with arches and eagles.

Stephen Frykholm was born in Seattle, Washington in 1942. After returning to the states from the Peace Corps, Frykholm got his MFA Cranbrook Academy of Art located in Bloomfield Hills, MI. After graduating he became the first in-house graphic designer at the Zeeland based furniture company Herman Miller, Inc. He became an AIGA fellow in 2005, and received the West Michigan advertising community's Silver Medal Award in 2009.